yurina towers over nakki!
what happened to risakos hair?

Yeah! Mecha holiday - Yurina/Haruka
they both sing well!
and love yurina's hair in this

surprised by rihos voice, she has improved!
both their outfits are cool


but in looove with miyabi's! perfect for summer
the height different makes it look a bit funny
but awesome perf
UsaTEN
Posted by risusaTEN at 00:18 No comments:

Feeling nostalgic and going through random H!P vids on YT has led me to these cool vids!

have no idea what this song is. lol really out of the loop
dislike her outfit here

looove this! her voice is beautiful, i miss hearing it

and this really made me feel nostalgic
UsaTEN
Posted by risusaTEN at 00:11 No comments:

So in a (somewhat) recent concert, more specifically C-ute no honne, C-ute did a special performance of their single Crazy Kanzen na Otona. Where Nakki and Mai tried their hand at pole dancing

fans would love that right? apparently not
comments include
'Is this a strip show or something?'
'Too indecent'
'It's nice they're trying something new, but I'm not digging the skimpy outfit and dance routine'

though there have been some praises, saying it's cool 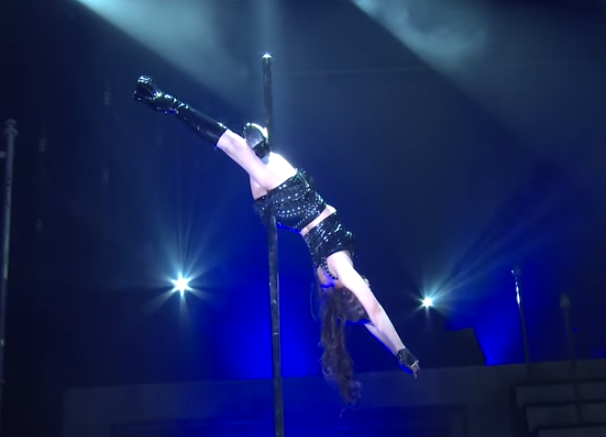 when I first heard about it, I was interested as pole dancing is extremely tough, requires a lot of muscle and endurance. I've never tried it, but I've seen some youtubers talk about trying it (youtube obsessed usagi right here), and also it doesn't look easy.

after watching it, I think the actual pole dancing was fine, but I totally agree with the third comment about skimpy outfits, Airi, Maimi and Chisa are dressed as cops and the outfit is pretty skimpy :/
so that was a bit OTT

but I think a good job well done to Nakki and Mai, I was impressed by them. they must have trained hard (they said for a month), so I hope they're not sad about some people's reactions. it's just the costume designers who should probably tone it down. it's unfortunate pole dancing seems to have a negative connotation for most people, with their minds immediately flicking to strip clubs, but at the end of a day it's an art form. personally i think it's impressive how people have the stamina for it.

anyways here's the video if anyone wants to check it out
performance starts around 27:20
UsaTEN

credit to majide and onehallyu

Posted by risusaTEN at 00:12 No comments: 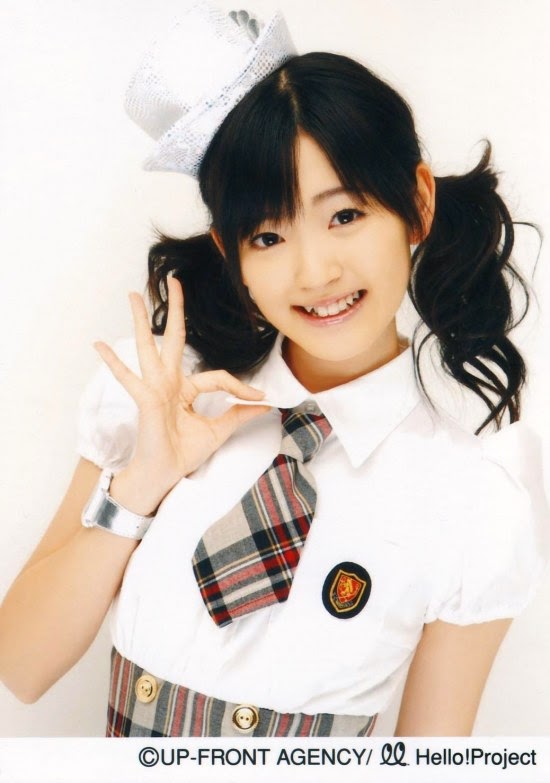 Though we may not be following H!P much anymore
but...

If you want up-to-date H!P news

P.S. from time to time I will post here
(especially if theres a good H!P kids vid I find (omg they're not kids anymore...))
so feel free to wander round sometime
UsaTEN
Posted by risusaTEN at 01:23 No comments:

How have i not seen this?
so cute!

and just for fun
go on....I know you want to
plus I love that pic of them
UsaTEN

Posted by risusaTEN at 17:23 No comments:

making of
lol I wonder if airi's extensions were heavy!

miya's laugh less than 3
did she say merci?

cheese saikou? lol
i wonder how many pizza's they've eaten
UsaTEN
Posted by risusaTEN at 17:22 No comments:

despite H!P being labelled the cheap pv maker
there have been some awesome pvs
and there's always one or two that'll leave you with an incredibly strong impression
and first impressions are especially important right?
for me generally after watching those pvs it's the start of a turning point, i.e. that's when I start to like them
so I thought to list my H!P impressionable pvs

Morning Musume
I watched this suuch a long time ago!
I think Risu showed me this, and at that time we didn't know it was Morning Musume, but after watching I found out. and then even though I didn't immediately like them after, I used to go back and watch this several times.
I think this is my first momusu pv
It's such a fun song! and the lyrics make me laugh
definitely have to watch it with eng sub
Rika and Miki left a great impression on me
you can tell they all have so much fun singing this
and it's a good way to learn who everyone is
ahh I miss all the OGs!

but morning musume was quite confusing, with all these members coming in and out
so after another impressionable pv, I began to really like them
this song is really catchy
ue ue!
you can't go wrong with miki x ai x reina (and eri) leading
sayumi looks really nice here

Berryz Kobo
The first vid I watched from them is Yuke Yuke Monkey Dance, and of course that really stands out!
another incredibly addicting song

but the pv that made me start liking Berryz was Rival!
Even now I still love to watch it, it's so cute!
and I like what they're wearing
and the hula hoop part was also cute

C-ute
I can't remember for certain which was the first video I watched
I think maybe Shochuu Omimai Moshiagemasu
that's a really pretty pv, I love the scenery, and the sort of story
but the video I that made me like C-ute is...
I just love the set and costumes
not to mention it's an awesome song! I think it was nominated for an award as well

Mano Erina
she recently graduated! all the best^^
I wasn't a fan of her songs really
but after watching this video, I thought, wow. and went and watched her other videos
such a cool video!
it's like an anime game, I love how she's running around ripping the the posters down
something's actually happening
and I thought it was really interesting, the white Mano was the evil one, rather than the black Mano
the sunset is stunning!
it totally showed Mano in a different light (pardon the pun xP)

S/mileage
hmm for S/mileage, I can't really choose which video left the strongest impression
I never really got into S/mileage, cause I guess their image was too young for me.
I always think they're really little kids, but some of them are older than Mai!
but, I think their indies were really good (apart from their first one), they all had big budget pvs, with some sort of story
even now I'd prefer their indies to singles (with some exceptions)
I didn't really have a turning point, but if I had to choose
this song is seriously catchy!
it was like a 180 turn from ama no jaku (and I didn't like that)
and it's such a bigscale production, for an indie especially
ah I miss Yuuka and Saki
listening to this now, I'm reminded of how cute it is
Suki Chan comes pretty close

Buono!
as soon as I watched this video I was sold
this was my first H!P video ever!
I love everything about it, the sets, the fashion, the scenes loveeee
tbh a lot of buono's pv are impressionable to me
one of the best pv's ever!

another strong one is Rottara Rottara
since I didn't like this song before watching the video. I was addicted afterwards tho
the theme is so cute, and the dance
and I like the lyrics

there are many more impressionable videos
but for this post, I just focused on first impressions
do you remember the video that made you start liking H!P artists?
UsaTEN
Posted by risusaTEN at 17:21 No comments: